We’ve helped thousands of entrepreneurs. Here are some of their

Originally from China, husband and wife entrepreneurial team, Qin Liu and Rong Pan graduated from the Leeds School of Business at Colorado University with the dream of starting their own company. The original business idea was from Qin’s Business Plan Preparation class while enrolled in CU. In 2005, they launched their business, drawing upon the 5000-year-old tradition of drinking tea.

In 2007, Qin and Rong changed the company’s original name from “The Leaf – All Things Tea” to its now widely-recognized, “Ku Cha House of Tea,” which translates to “Bitter Tea” in Chinese. Since its inception, Ku Cha has grown tremendously, now with two brick and mortar locations, one in Fort Collins, and their flagship located on the iconic Pearl Street Mall. In just over a decade, with the help of a nominal SBA loan of $2,000, Ku Cha House of tea has grown from 3 employees and one location to 23 employees who support a large warehouse and two retail shops.

Ku Cha House of Tea has certainly seen steady growth, but as with most entrepreneurial endeavors, this success has not come without challenges. Shortly after the company formation, Qin and Rong discovered the myriad of business factors for which they were now responsible. Like most founders, they wanted to see their business succeed, and in order to do that, they needed to understand inventory management, sales analysis, marketing strategy and tactics, accounting and finance, real estate, and much more. Lead SBDC Consultant, Chuck Hunker once told them, “As a small business owner, we have to be good at so many things!” He was certainly right, but as Rong and Qin have discovered, there are people and organizations like Boulder SBDC who are there to help.

Boulder SBDC has continued to help Ku Cha House of tea refine their business and their brand. As Ku Cha now embarks on their next phase of growth, SBDC consultants are waiting in the wings to assist. Ku Cha’s three main goals for 2018 are: 1) Design and implement a franchise model 2) Promote tea education throughout the community and 3) Strengthen the Ku Cha House of tea brand.

When asked what has been the biggest takeaway from their work with the SBDC, Qin said, “Ms. Sharon King has been a tremendous source of help to Ku Cha’s growth. She has connected us with quite a few very good consultants who assisted with various aspects of business operations. She is an affectionate Ku Cha advocate.”

Rong went on to share, “As a business owner and influential leader, [Sharon King] has been very inspiring to me.”

Even in the midst of expansion, Qin and Rong remain connected to the mission of their business: to bring high quality, flavorful tea to their community. In doing so, they also impart to their customers a long-standing tradition of enjoying a beverage that is not only medicinal but also builds experiences among friends and family. 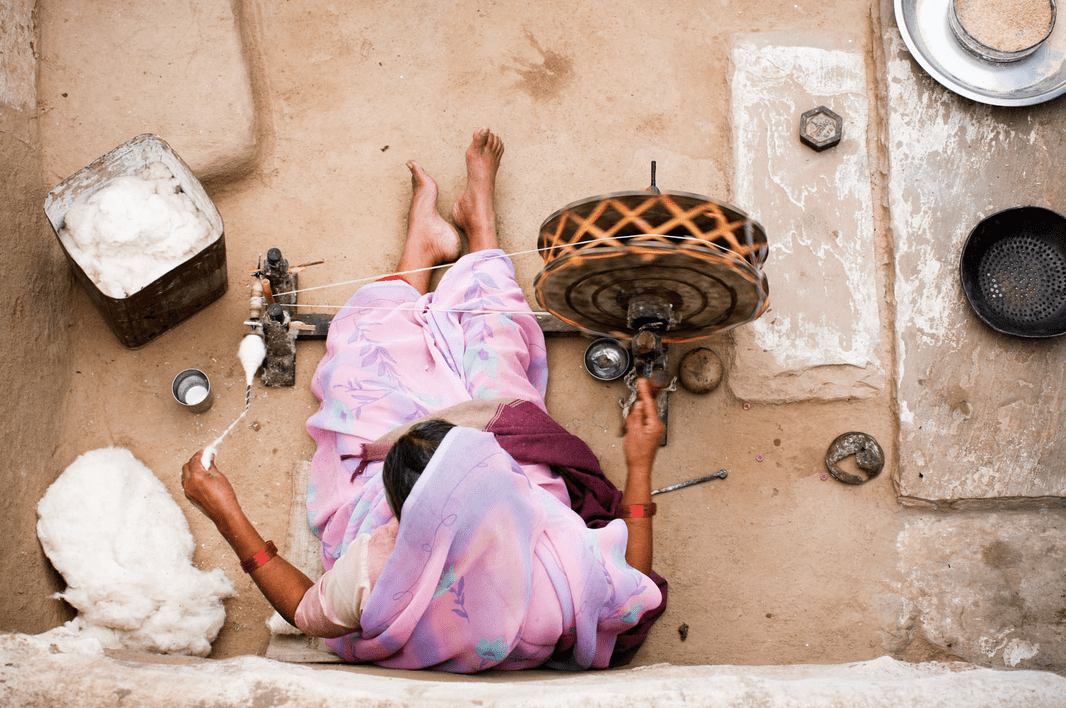 Annie Oakley Waterman is an entrepreneur and owner of AOW Handmade. AOW Handmade, founded in 2015, is a unique business that connects artisan enterprisers from all over the developing world to buyers in the United States. Whether it is textiles, silver, brass, paper maché or other materials, Annie seeks out socially responsible producers and helps them to sell their products to the western world. Annie’s favorite places to find her goods are in Mexico and 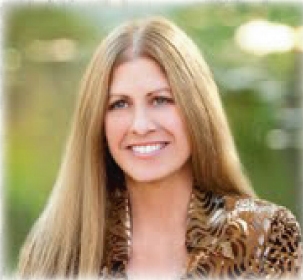 “Whitehorse Heart is a consulting company dedicated to reinvention and wellbeing from a business, career and physical standpoint. We help you put another oar in the water to make an effective Plan B or help you get a fresh perspective and new direction in your job or career search. If needed, we can guide you to shift your shape physically so that your outside image and your mind’s eye image merge”, says Teri Sanchez. “Since 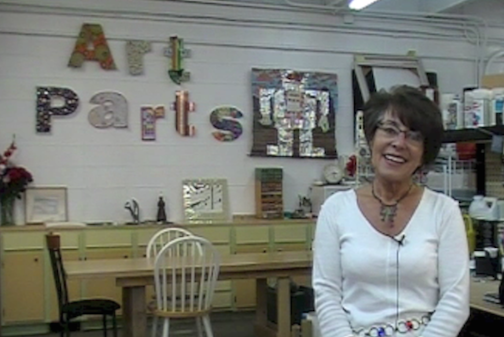 The nonprofit world can be difficult to enter, so when Denise Perreault was in the beginning stages of starting her own nonprofit, Art Parts, she looked to the Boulder Small Business Development Center for guidance. The SBDC helped Denise and her co-founders figure out the most crucial aspects of their new business. “In our four-year founding and planning phase, the most daunting task was setting a realistic budget, as we had no experience there. The 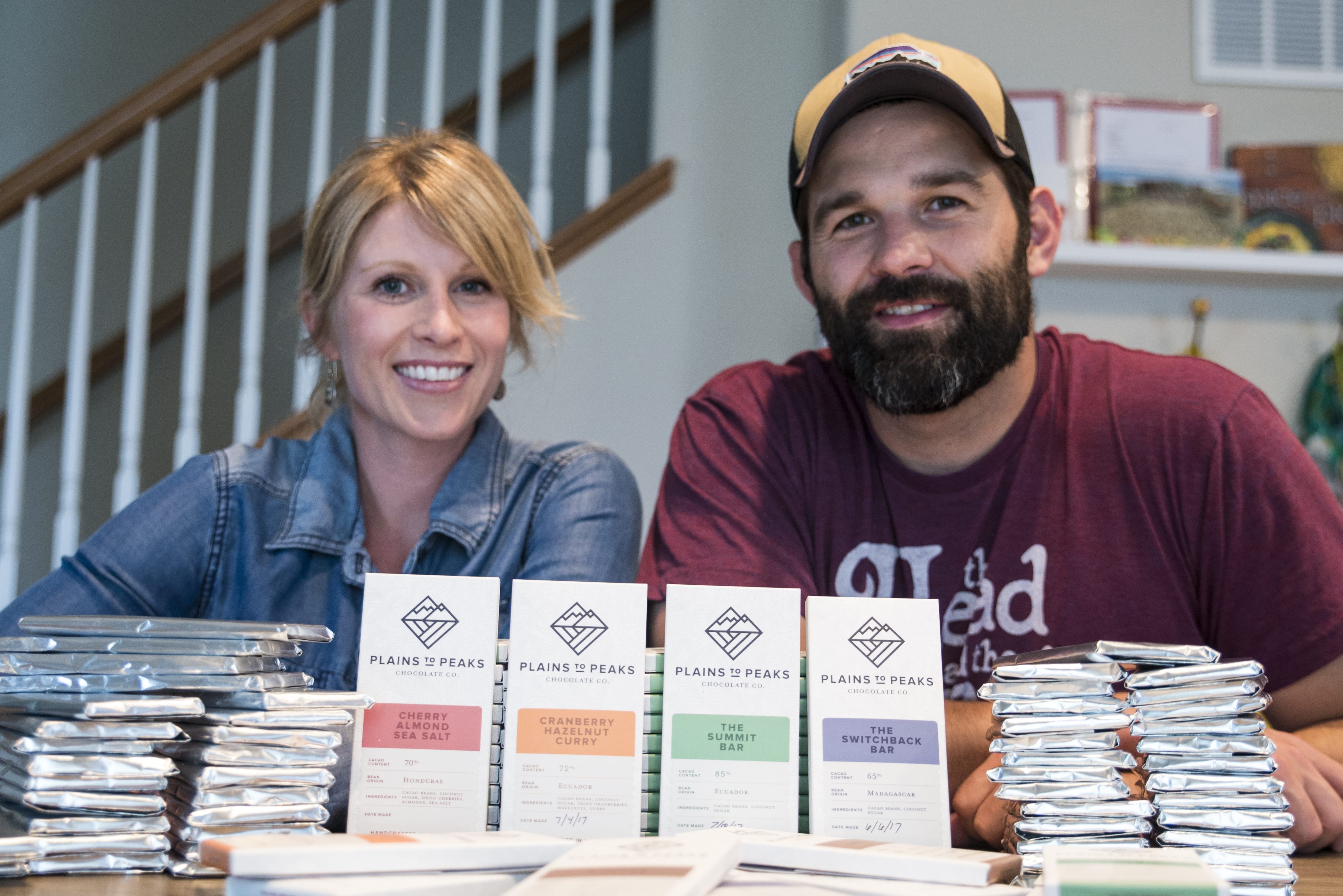 Plains to Peak Chocolate Company is run by Sunni Sylvester and her husband Jeff. The two did not always have aspirations to make their own chocolate, but like many businesses today, a simple passion and idea can be all it takes to start something great. The direction of your business career can be random, and that is exactly what happened with Sunni and Jeff. “We started randomly. I would buy chocolate, look at the ingredients, 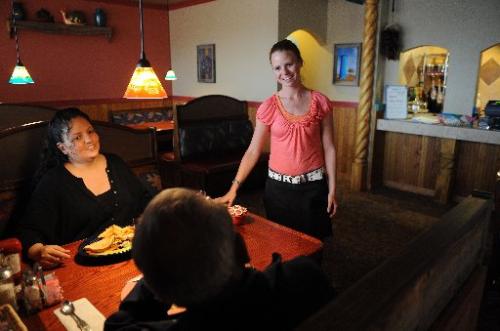 Arturo Maestas launched the Santa Fe Coffee and Burrito Company, in Longmont, CO, on April 11, 2011. Santa Fe Coffee and Burrito Company is a Spanish and Southwest restaurant with a diverse menu, featuring both Spanish and American style dishes. Arturo has relatives in Albuquerque, NM and sought to bring the ambiance of Santa Fe, NM, to Longmont, CO. Arturo remodeled the entire restaurant with the help of few family members and friends. The beautiful 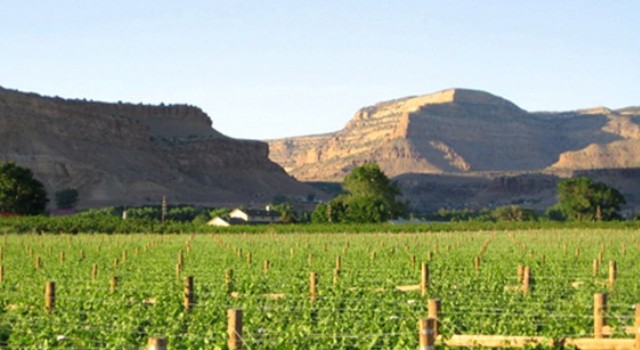 “We like drinking wine!” was the simple and honest reason that Ulla Merz and her husband John Garlich decided to open a winery and vineyard. “We started collecting wine in the 1970’s and grew grapes in our backyard. In 1994 we took grape growing and wine making classes and bought a vineyard in an area of Palisade called the Vinelands. That’s where we planted our first grapes in 1996. Bookcliff Vineyards was launched in 1999

Read More »
“Thank you for organizing this great informative session on the PPP utilization part. I have been in conversation with Dan King and want you to know that you guys are doing a great job in helping small businesses like us. Thank you for all the work you guys do!”
DURGESH SINGHMagswitch Technology
"These [webinars] are super helpful and I can’t thank you and the [SBDC] for all your help for our small Colorado businesses. These are such hard and scary times - being connected does a world of good. Please thank all the panel participants as well. They’ve been fantastic! Best wishes to you and your colleagues and hope you’re all staying safe."
JacqueJourney's Aviation
"A big shout out to Dan and the staff of Boulder SBDC and the SBA from Mustards Last Stand. Thank you for your assistance in helping Mustards resolve a technical issue with our application for our second round funding of the PPP program. Without your assistance I would probably still be on hold listening to maddening music over and over and over again, while worrying the whole time. We appreciate the support from you and everyone else in this community that makes us proud to be an ongoing part of Boulder's business community."
Dan PolovinMustards Last Stand
“Thank you so much for your time! Besides the great information, your energy and support were priceless! It is so good to feel you are not alone in this journey.”
LAILA MARZALLTSM Microwave
"After almost two months of messing with Chase Bank, Susan got us the PPP loan filed and approved in about 8 hours. I hesitate to celebrate until money is in the bank, but it’s looking good and Susan was absolutely amazing. Of course, I’m wouldn't even be talking to Susan if you hadn't made the connection, so chalk up another small business success to SBDC. I see why you’re the best on the country. This loan was crucial to our success at a critical time in the world. All I can say is thank you."
Jeff S.Earthvisionz
“As a new resident in rural Colorado I was truly at a loss about the tech community out here until I attended the SBDC TechSource event in Salida. I was truly impressed by the quality of the content at the event (compared to similar events in Chicago), was able to make some great connections within the local community, and was able to sign up for additional services as well. SBDC assisted us with market research which helped expedite our focus in Colorado and helped connect us with funding sources to expand. Beyond that they were quick to respond, a pleasure to work with, and went above and beyond with their services. I would absolutely recommend SBDC TechSource to another tech company, especially for companies outside of the front range that are looking to connect and grow rapidly. “
CHRIS MCLAUGHLINVital Command
"I just wanted to send a quick note and let you know how helpful Brian Ormsby has been. He responded to my query about a week and answered a bunch of questions about the EIDL, and then we talked again to day about the PPP. I’ve asked several other resources about my PPP questions and he was the first person to answer them. I can’t stress enough how nice it is to be able to talk directly to someone who can answer questions about all of these programs. So thank you very much for making him available...!"
David PAccuer, Inc.
"I'm not sure if this email goes through, but I just wanted to say thank you so much for hosting this webinar. As a small business that is running because of the SBDC, I am so appreciative of what you do for business owners. I went to film school and I'm only successful in my business because of the years of support I've gotten from the SBDC to help me get a business mindset and navigate the crazy waters of running a company. In all of this uncertainty, it's felt like I couldn't find good, solid answers on our PPP loan, and this webinar was so helpful and the tool of the PPP Loan Forgiveness Estimator is so comforting to get some answers. Keep up the good work, and stay healthy out there. With much appreciation."
Shawna M.FX Media
Previous
Next
Facebook-f Twitter Envelope Youtube Linkedin-in

Sign up to get relevant news and updates regarding small business delivered to your inbox.